Much as I am not impressed by the source – elephant hunters are not my favourite people – this description is well worth reporting. The quote was sent to me by Elizabeth Wayland Barber and Paul T. Barber, authors of the fascinating book, When They Severed Earth from Sky: How the Human Mind Shapes Myth. This book, I highly recommend.

The quote Elizabeth and Paul sent me is from a way less savoury book for my taste, but gives an incredible description of the way in which new knowledge is encoded into song by an Indigenous culture in Africa.

The source is The Wanderings of an Elephant Hunter by Walter Dalrymple Maitland Bell, first published by London, Country Life Ltd. and New York, C. Scribner’s Sons in 1923. The quote is around page 58, depending on the edition and page numbering. The story is of ivory collection – too sad to include that bit here.

It was decided to return to our base through untouched country. The news was received with shouts of joy. It is wonderful how one comes to regard the base camp as home. Whereas, on our way up, the camps had been rather gloomy—disasters having been prophesied for this expedition—now all was joy. The safari chronicler became once more his joyous self and his impromptu verse became longer and longer each night. The chronicler’s job is to render into readily chanted metre all the important doings of the safari and its members. It is a kind of diary and although not written down is almost as permanent, when committed to the tenacious memories of natives. Each night, in the hour between supper and bedtime, the chronicler gets up and blows a vibrating blast on his waterbuck horn.

This is the signal for silence. All is still. Then begins the chant of the safari’s doings, verse by verse, with chorus between. It is extraordinarily interesting but very difficult to understand. The arts of allusion and suggestion are used most cleverly. In fact, the whole thing is wonderful. Verse by verse the history rolls out on the night, no one forgetting a single word. When the well-known part is finished, bringing the narrative complete up to and including yesterday, there is a pause of expectation—the new verse is about to be launched. Out it comes without hesitation or fault, all to-day’s events compressed into four lines of clever metric precis. If humorous its completion is greeted with a terrific outburst of laughter and then it is sung by the whole lot in chorus, followed by a flare-up of indescribable noises ; drums, pipes, horns and human voices.

What a wonderful way to build up knowledge bit by bit. Maybe we should learn history that way – chronologically adding each new event in song. So many possibilities! 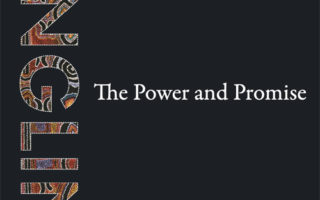 The last 5 months have been flat-chat working on a new book at the invitation of Margo Neale who is the Head of Centre for Indigenous Knowledges and Senior Indigenous Curator & Advisor to the Director, all at the National Museum of Australia. It is a huge honour to have my work on Indigenous knowledge systems recognised by someone I admire so highly.

Ours is to be the lead book in the First Knowledges series, published by Thames & Hudson, with the National Museum of Australia (NMA). It will be published in October 2020.

Thames & Hudson’s page on it: https://thamesandhudson.com.au/product/songlines-the-power-and-promise/

Margo curated the hugely successful Songline: tracking the Seven Sisters exhibition at the NMA in 2017 / 18. It is now touring, first to Perth and then internationally. There is a stunning catalogue for that exhibition. (click to go to NMA page)

Songlines: the power and promise has a blend of Indigenous and non-Indigenous voices. It offers what Margo calls ‘the third archive’. Aboriginal people use songlines to store their knowledge, while Western cultures use writing and technology. Aboriginal people now use a third archive – a combination of the two, as so beautifully demonstrated at the Seven Sisters exhibition.

Margo and I believe that the third archive offers a promise of a better way for everyone to store, maintain and share knowledge while gaining a much deeper relationship with it.

I shall be writing much more about this book as we approach publication in November. I just couldn’t wait to talk about it now because I am so delighted to have such prestigious validation of all the ideas drawn from indigenous knowledge systems in The Memory Code and Memory Craft and the implications for archaeology in Knowledge and Power in Prehistoric Societies.